In Gaucín in the year 1536, on a summer’s day, the bookseller Juan Ciudad was said to be climbing the Camino de Gibraltar on his way to Gaucín to sell his heavy load of books, arriving at the estate of La Adelfilla a boy with bare feet appeared to him. Juan Ciudad offered him his espadrilles, but the boy declined and instead climbed on to the booksellers shoulders and so the two continued on towards the town. As they passed a well-known fountain on the La Adelfilla estate Juan asked the boy for permission to drink some water and rest. It was when he turned to the child, after his thirst was quenched, that he heard the child address him by name and offer him a half-open pomegranate, crowned with his Cross, at the same time in a loud voice he said to him: «You will be called Juan de Dios and Granada will be your cross. Testify my appearance by bequeathing to Gaucín an Image that represents me » and with these words the child disappeared. Juan recovered from his surprise and being that his greatest desire was to follow the path of divine providence, he decided to obey the child and go to the city of the Alhambra. Here in Granada he founded the hospital named after himself, collected alms for its poor and acquired the Holy Image of the Child which Gaucin still possesses and holds dear. With this experience, Juan Ciudad was left in no doubt and unreservedly fulfilled what the Holy Child had entrusted him to do – to travel from Gaucin to
Granada to dedicate his life to doing good for the most needy, giving shelter to the sick.

Since that day Gauciñeros have commemorated the appearance of the Holy Child each September and express their devotion with great fervor. The legend is heard from their parents, who, in turn, learned it from their grandparents and through the generations the story has been told and celebrated with few changes for almost five centuries.

Devotees of Santo Niño continue to celebrate across the two days of September 7 and September 8th.

On September 7, the people of Gaucin lower the images of the Santo Niño and San Juan de Dios from the fortress of Castillo del Águila to the San Sebastián Parish Church. On September 8, the massive Procession of the Holy Child is celebrated. Both images are paraded through the streets of Gaucín and returned to the castle chapel at the end of the of procession.
The festival that we see this year in 2022 does not differ much from the one that has been celebrated since the memorable date of 1536. The only change is that a pilgrimage to La Adelfilla, where the Santo Niño appeared to Juan Ciudad, has been added on the last Sunday of August, giving us what we now know as the Romería de Adelfilla. 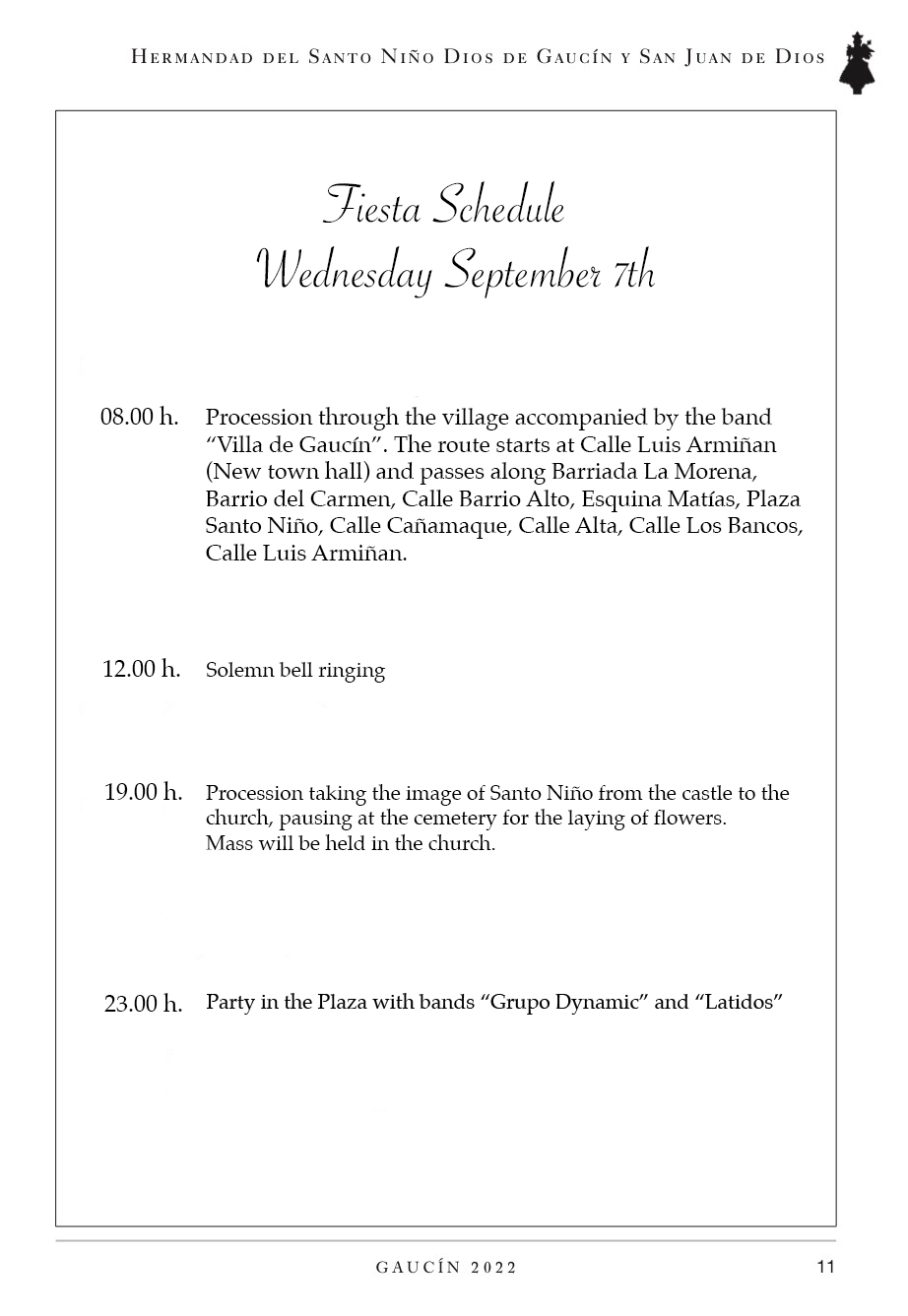 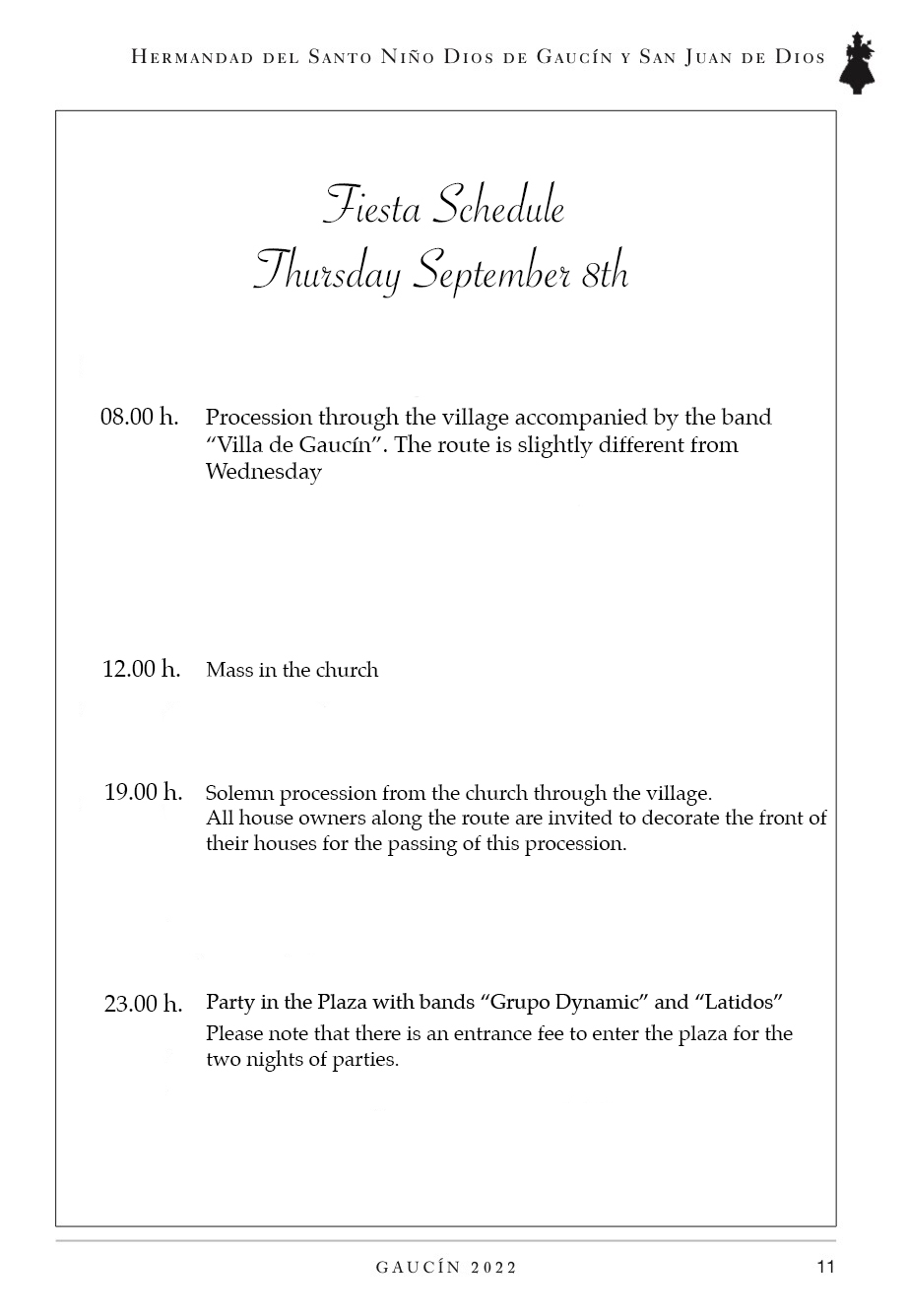